On September 12 the 19th fashion clothes contest “Autograph” took place at Kyiv Fashion. This year besides the usual nominations, such new ones as Neo-Junior and Redesign appeared at the contest. Furthermore, many new designers took part in the contest for the first time, 29 works were demonstrated, and the jury comprised experts with vast experience in fashion industry from Ukraine and abroad.

The contest was held in the following nominations:

Congratulations to the winners!!!

The professional jury also praised the collections which were particularly close to victory and potential of their designers can guarantee their success next time:

Olha Kalashnikova, the Chair of the jury, expert in arts and curator of fashion-MBA, liked the collection “Work in progress” by Оlha Zhelezniak from Kharkiv.

It was exciting, professional, bright and special – and extremely responsible, because the jury evaluated participants on a par – as a professional judges another professional. However, valuable advice and appraisal from experts in fashion business is yet another bonus which participants could get!

The winners of all the nominations got certificates from the contest organizer for the show at Fashion Defile Awards 2019, the winner in Neo nomination – the certificate to participate in the project Young Fashion Line, where designers will be able to present their collections at the podium and the booth. The winner in the nomination Neo-Profi has got the certificate for individual exhibition booth or a podium show at the а індивідуальний виставковий стенд або показ в рамках 38th International festival of vogue Kyiv Fashion 2020.

Partners of the contest – Мoda Textile, Kifa and PIM accessories presented valuable prizes and money certificates to the winners and participants of the contest.

Collections of all contest laureates 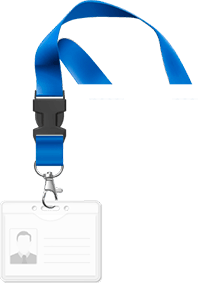